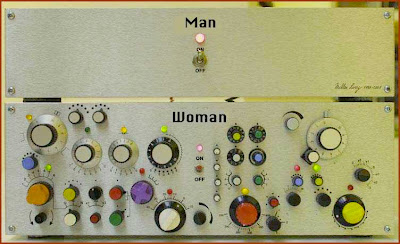 Woman: The Most Powerful Creation on Earth

When God created man, He gave him authority and strength. That made man the principal, ruler and chief administrator, head honcho in charge. His strength is his physical power, emotional toughness, and his ability to support, resist, defend, and be forceful, effective and persuasive. When the Bible said that the woman was the weaker vessel, it qualified that statement by saying that she is more easily deceived.
Why is a woman more easily deceived than the man, and why did the serpent (the evil spirit) approach Eve rather than Adam? It is very simple. Deception is the act or practice of misleading. It is implemented through thought process or the lack of sufficient thought process. Men process most things intellectually. They examine the rules, the principles and the facts and their output decision is based on that analysis. This is why God gave him authority. With authority comes responsibility and accountability. Therefore, man is accountable to God for whatever happens on earth. This idea of authority is the same as with a king, president, or any position of authority. Authority is simply authorization to govern.
Woman on the other hand is full of power. Power is the capacity to do and exert influence. But power must be controlled. Power out of control or used irresponsibly, is both dangerous and lethal. Women in general are emotion driven creatures. They typically have the tendency to act based on their feelings more so than fact based thought process. Feeling and emotions are subjective, whereas intellectual process is objective. It is easy to deceive someone who is making a decision based primarily on emotional considerations. The feelings are subject to the lies and deceptions whereas careful thought process will detect the lies and deceptions and tend to reject them.

This does not necessarily mean that a woman needs a man or a man needs a woman. However, it does imply that both the woman and the man need to include both the intellectual and emotional faculties to make quality and responsible decisions that will direct their actions and behavior. In most cases if not all, the final authority of your decisions should be based primarily on quality factual thought process rather than subjective feelings.


Stay tuned for the upcoming posts:

Identifying Your Real Power
How to Use Your Power to Get What You Want
You Have the Power to Change the World
Be sure to visit my other insightful blogs @:
http://dslampkinfpm2.wordpress.com (It’s @bt Renewing of the Mind)
http://digilifeevolution.wordpress.com (It’s @bt Digital Lifestyle)
http://the-e-ship.blogspot.com (It's @bt Entrepreneurs discovering ways to capitalize on the digital revolution)
© [Deryl S. Lampkin] and [Maximizing Womanhood], [2009]. Unauthorized commercial use and/or duplication of this material without express and written permission from this blog’s author and/or owner is strictly prohibited. Excerpts and links may be used, provided that full and clear credit is given to [Deryl S. Lampkin] and [Maximizing Womanhood] with appropriate and specific direction to the original content.